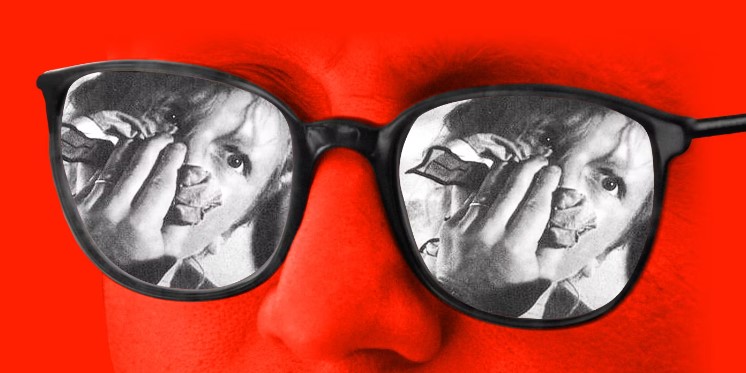 Watch an average modern American horror movie and you’re bound to be inundated with a lot of noise. Loudness is not innately a bad thing, nor are pronounced jump scares. But lackluster scary films can often end up being so underwhelming because they mistake loudness for creepiness. Something like Smile or Fall will often just ratchet up the volume of the score or pile on noisy jump scares instead of coming up with actual substantive frights. If one wants a master course in how to make quiet horror cinema that chills you to the bone, look no further than the 1988 George Sluizer feature The Vanishing. Hailing from the Netherlands, The Vanishing proves utterly terrifying even without resorting to jump scares or superfluous loudness.

What Is ‘The Vanishing’ About?
The Vanishing’s quiet and naturalistic style is established from the get-go as Rex (Gene Bervoets) travels with his wife Saskia (Johanna ter Steege) across France in their car. The duo stops at a gas station briefly, with Saskia walking into the nearby store to grab some drinks. She never returns. A panicked Rex becomes obsessed with finding his wife, to the point that, years afterward, even when he’s struck up a new romantic relationship, Rex is still putting up “missing persons” posters about Saskia. He won’t give up. The man responsible for this kidnapping is none other than Raymond Lemorne (Bernard-Pierre Donnadieu), a disturbingly calm individual, the opposite of the frantically determined Rex.

The Vanishing’s script, penned by Sluizer and Tim Krabbé (the latter adapting his own novel, “The Golden Egg”), has quite an expansive scope, with the story initially cutting between Rex and Lemorne. The eerie actions of Lemorne, like putting on a fake cast around his arm (intentional or not, this action effectively echoes Ted Bundy) or timing how long chloroform lasts, are depicted on-screen without any blaring score to indicate his wickedness. His behavior is meant to be unnerving enough to indicate to the viewer what we’re supposed to think of him, but this detail also reinforces how good The Vanishing is at making quiet horror.

Raymond Lemorne Seems Normal, and That’s Why He’s So Terrifying
These stripped-down early depictions of Lemorne subtly suggest how he was able to vanish so easily into a crowd and not get immediately caught for his horrific actions. He looks like a normal man, his initial conversations with potential victims are not dripping with ominous warning signs. Even when he’s alone, he doesn’t suddenly shift into acting like a cartoon villain. He prepares for a kidnapping in a mundane manner, with the horror coming from the juxtaposition of his nonchalant behavior and how sadistic his plans are. Lemorne does not just wallow in his evil, so the score, sound design, and performance from Donnadieu also plays things quietly. Going this route just makes the character extra petrifying to watch.

Even moments where emotions and tension run high tend to be executed in a manner that still finds room for silence and subtlety. A key scene where Lemorne introduces himself to Rex as his wife’s kidnapper inspires the latter character to suddenly wail on Lemorne, he’s just pounding him relentlessly. While this is happening, the score drops out completely while the camera keeps itself at a distance. There’s no sense of vengeful triumph coursing through this sequence, just raw anger while the absence of a score makes every sound of Rex’s fists hitting Lemorne’s body hit like a ton of bricks.

Even in Tempting Moments, ‘The Vanishing’ Commits to Its Restraint
Similarly, an earlier scene of Rex racing back to his new girlfriend after alienating her with a cruel comment could’ve been a moment where The Vanishing abandons its restrained filmmaking in favor of a big sentimental reunion. Instead, this interaction plays out in a single wide shot, with no intimate close-ups to bring us closer to these rekindled characters. Even though this pair of humans is sharing a moment of emotional relief, there’s a quietly unnerving quality about how they’re framed here. Emphasizing the vast space and crowds around them just reminds the audience how small these two are in the grand scheme of life. Even if they’re now together again, can they really fight the vast world around them? Even without an intrusive score or ham-fisted visual cues, The Vanishing is making the audience squirm in their seats in a moment of surface-level joy.

Speaking of camerawork, the extremely casual way Lemorne is framed by the camera also makes him extra scary. Rarely is Lemorne framed by obtuse angles or accompanied by stirring music cues, the usual suspects in how cinematic works indicate evildoers to viewers. He’s just supposed to be seen as another face in the crowd, with Lemorne often being seen in the corner or far background of a given frame. It’s a reflection of how evil can hide in plain sight and not initially appear to be threatening. That guy you’re making small talk with while getting a cup of coffee could have the depraved soul of someone like Lemorne inside. The subdued framing of this character by the camera communicates that eerie reality beautifully.

‘The Vanishing’s Story Is Remarkably Lacking in On-screen Violence
Arguably most important of all, though, is the lack of on-screen violence in The Vanishing. Now, there’s nothing wrong with a good o’l fashioned over-the-top death in a horror film. Whoever doesn’t appreciate that frozen head shattering in Jason X or the cartoony exploding humans in Frankenhooker is likely also tired of life. But that’s not the only way to do creepy horror movies. Just as you can sometimes be in the mood for steak and other times be hankering for sushi, horror fans can also juggle separate but not adversarial desires for different approaches to violence in this genre.

The Vanishing is a perfect example of how to exclude violence from the frame without sacrificing creepiness in the process. The constant uncertainty over what happened to Saskia is what drives Rex’s behavior and makes Lemorne so unnerving. Seeing an on-screen butchering of that woman or even of other victims at the hands of Lemorne would erase the suspense of The Vanishing. By forgoing violence entirely, the extent of Lemorne’s brutality is left up to the viewer’s imagination. Much like how removing its score enhances its most emotionally raw sequence, depriving the viewer of violence accentuates the harrowing atmosphere of The Vanishing.