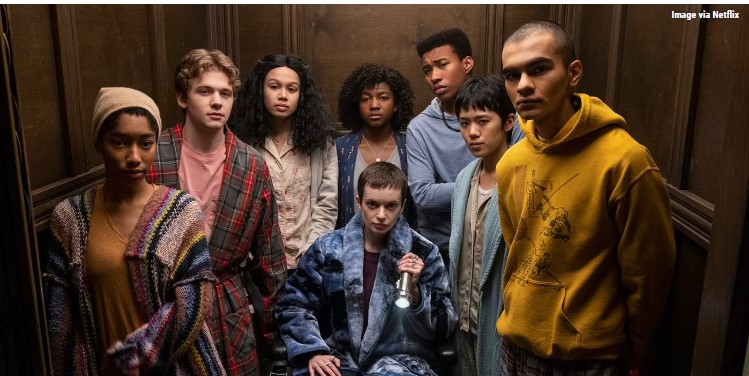 Mike Flanagan has cemented himself as quite possibly one of the best horror auteurs working today. His original horror films like Oculus and Hush rose above just stereotypical jump-scares, and his adaptation of Gerald’s Game took a Stephen King book that many claimed was unfilmable and made one of the scariest horror films of the 21st century. Even Flanagan’s venture into franchise films with the prequel Ouija: Origin of Evil and The Shining sequel Doctor Sleep proved him to be a master at the genre. It’s his television projects like The Haunting of Hill House and last year’s Midnight Mass that may just be his crowning achievements. Hill House was Flanagan’s exploration of the stages of grief, and its follow-up, The Haunting of Bly Manor, delved into themes of love; meanwhile, Midnight Mass had Flanagan wrestling with religion, drawing from his own upbringing in the Catholic Church. Flanagan’s latest series, The Midnight Club, may just be his most emotional outing to date as he juggles the themes surrounding not only the art of storytelling, but the end of life, and the very human fear of what comes next.

Based on the YA novel of the same name written by Christopher Pike, The Midnight Club is set in the 90s and begins with Ilonka (Iman Benson), a top-of-her-class high school senior who is on her way to attending Stanford University in the fall. In a cruel twist of faith, Ilonka is diagnosed with thyroid cancer, forcing her to put her plans for an Ivy League education on hold, and when her cancer is declared terminal, she decides to stay at Brightcliffe, a hospice for teens run by Dr. Georgina Stanton (Heather Langenkamp). There Ilonka meets the other patients, Natsuki (Aya Furukawa), Spencer (Chris Sumpter), Kevin (Igby Rigney), Cheri (Adia), Amesh (Sauriyan Sapkota), Sandra (Annarah Cymone), and Anya (Ruth Codd), each with their own specific diagnosis and insecurities. While sneaking through the corridors at night, Ilonka finds the other patients in the library telling ghost stories and calling themselves the Midnight Club. After Ilonka gains the others’ trust, we realize that the stories being told aren’t entirely fiction, with each story drawing from the teens’ own lives and struggles.

At first glance, some may see The Midnight Club as a more mature and edgier version of Are You Afraid of the Dark due to the late-night setting, the stories that draw from the storytellers’ own lives, and the young protagonists — but the similarities stop there. Even if the characters at the center of Midnight Club are younger than the protagonists of many of Flanagan’s other works, the series is not any less mature. When we are first introduced to the titular group in the first episode, Natsuki is in the midst of telling a story but ends up debating with Spencer about jump-scares, with Spencer lamenting that startled doesn’t mean the same thing as scared. It is through these characters and in these moments that Flanagan opens up to the audience about how he crafts his stories, and fans of his previous works will be able to pick up said commentary.

Flanagan and co-showrunner Leah Fong prove to be the perfect voices for this kind of series. While the supernatural forces are a threat throughout The Midnight Club, it’s the illnesses that each teen suffers and the baggage they each carry that not only pose the greatest sense of danger but also keep the audience invested. In a time when many YA properties are romanticizing real-life illness, The Midnight Club forgoes that. Yes, there are moments of romance, but you feel the connection between these characters, and it’s never unnatural. It’s because of this that the show’s emotional beats are so effective. Flanagan and Fong explore themes of sexuality, mental illness, and grief with the delicacy that they require. There have been plenty of times when other films and shows have tried to tackle these subjects, but ultimately feel manipulative and insincere; that is not the case here.

The very human fear of the unknown and what comes after death is another major theme that runs through The Midnight Club. When addressing the concept of the afterlife, it can be easy to feel preachy in either direction, but much like he did with Midnight Mass, Flanagan is one of the most skilled writers out there in discussing faith. It’s never preachy nor will it alienate its audience, Flanagan writes in a way that these concepts are never just black and white. It’s introspective, powerful, and sticks with you long after the finale.

The entire cast of The Midnight Club turns in impressive work, but it is Ruth Codd’s devastating turn as Anya that leaves the biggest impression. When we first meet Anya, Codd portrays her as closed off and snarky, a teen girl with the mouth of a sailor, of course, there’s more to her than meets the eye. As the series progresses we begin to learn more about Anya and truly understand her, and Codd pulls it off beautifully. As Ilonka, Iman Benson delivers exceptional work, she’s perfect in a role, that much like the series itself, is more than meets the eye. Even in Ilonka’s weakest moments, Benson brings so much humanity to the role that makes it impossible not to feel for her. Sandra, the most religious of the teens, is never mawkish nor one-note; Annarah Cymone plays her character with understanding and care, and her scenes with Chris Sumpter’s Spencer are some of the series at its most powerful.