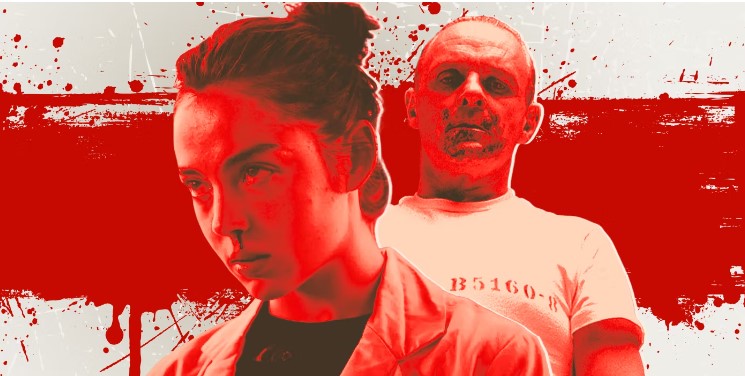 There’s something about cannibalism that just fits so well in the horror genre. Perhaps it’s because it taps into so many pieces of the genre. It can be gory and shocking, but it can also carry a number of psychological elements depending on the story it’s in. As a plot device, it can be used to ask so many questions about human nature, morality, and survival, and there have been a number of creative uses of cannibalism in horror. And some really, really not great uses. But we’ll get there.

Cannibalism in film has been around since the early 1900s. 1917’s The Enchanted Kiss – a short film based on O. Henry’s short story of the same name – is one of the first instances of cannibalism appearing in horror, mentioning chili con carne made from the flesh of a young woman. Throughout the 1920s and 30s, there were a number of other films that contained the act. One most people are familiar with is Sweeney Todd, which received three adaptations through this period: one in 1926, one in 1928, and a third in 1936. However, another film – 1932’s Doctor X – featured a serial killer known for cannibalizing his victims.

The Pre-Code Era of Cannibal Movies
This era (referred to as Pre-Code) of cannibal horror came to an end almost as quickly as it began, though. In 1930, The Motion Picture Production Code was passed, which outlined a number of rules about the presentation of illegal activity, sex, and profanity in film, effectively putting a stop to the genre. Until the 1960s, that is, when it returned with a bang! 1963’s Blood Feast (considered to be the first splatter film) told the story of Fuad Ramses, a caterer that kills women to harvest their blood and body parts to use in meals and rituals to awaken the goddess Ishtar. Gory, violent, and the very definition of exploitative, the film was a new start for cannibal horror.

Cannibal Horror As We Know It Today
Cannibalism in horror, as most of us know it today, started in the 1970s. It began in Italy during a period called the “cannibal boom.” Throughout the 1970s and 80s, Italian (and some French) filmmakers made a number of films about cannibalism, most taking place in the rainforests of South America, Asia, and Africa and featuring a number of shocking and exploitative elements, such as graphic physical and sexual violence, and animal cruelty. In this way, they are connected to the mondo films of the 1960s and 70s, another genre of exploitation films that relied on the shock value of presenting taboo topics of the time, such as sex and death, and depicting the lives of people from foreign cultures. Many of these elements are present in the notable films of the cannibal boom, which have led to great criticism of the genre, especially during this period. More on that later.

There are a number of films that came from this period that are notable, but there are a few that tend to stand out among the rest. The first is Man From the Deep River, a 1972 film by director Umberto Lenzi, a notable director of cannibal boom films. The movie follows a British journalist named John Bradley (Ivan Rassimov) as he travels into a Thai rainforest, where he is captured by a group of natives and subjected to torture and gruesome rituals. Though it is not the most famous of Lenzi’s films (that title goes to 1981’s Cannibal Ferox) it is one of the first of the cannibal boom to receive any kind of commercial success, opening the door for others of the genre.

The second is 1978’s Mountain of the Cannibal God, directed by Sergio Martino. It follows a woman, Susan (Ursula Andress), as she travels to New Guinea to search for her husband, an anthropologist who has gone missing. Along the way, she begins traveling with a few other people, but they are killed off one by one until only Susan and one other remain and are captured by cannibals. While Martino isn’t usually considered one of the major directors of the cannibal boom, his film is often viewed as one of the most cohesive of the genre and is praised for its cinematography.

Cannibal Holocaust
Lastly, and most infamous, is 1980’s Cannibal Holocaust. Directed by Ruggero Deodato, the film focuses on a group of American journalists that have gone missing while on an assignment to document cannibalistic groups in the Amazon. A rescue team is sent in to find them, but find only their remains and the film they used, which is brought to Professor Harold Monroe (Robert Kerman). As he reviews it, he sees that the crew has been killed by the natives after they performed a number of horrible acts to get more exciting footage, such as crowding the native people into a hut and setting it on fire, and sexually assaulting and murdering a woman. Monroe convinces the broadcasting station to not air the footage, and it is promptly burned, never to be seen again. It’s absolutely the most well-known of the cannibal boom films – and cannibal films in general – though not necessarily because it’s particularly good. It caused quite a stir upon its release, with Deodato being arrested for obscenity and eventually murder as people thought the deaths in the film were real. Of course, it was all special effects, and Deodato was cleared of the charges. For the humans in the film, at least. The animals, not so much.

Video Nasties
These three films, besides being peaks of the cannibal boom, share something important. They were all on the United Kingdom’s list of “video nasties,” a list of films that the government deemed to be in violation of the Obscene Publications Act of 1959. Many films from the cannibal boom made it onto this list, and it was due to their copious use of violence, gore, nudity, and sex. This is but one of the major critiques of the cannibal genre up to this point. It relied heavily on shock and exploitation, and many were branded as disgusting and depraved films with no real value to cinema (though Cannibal Holocaust is often praised for being the first found footage horror film.) However, there are two far more glaring issues with the genre throughout the 1900s: racism and misogyny.