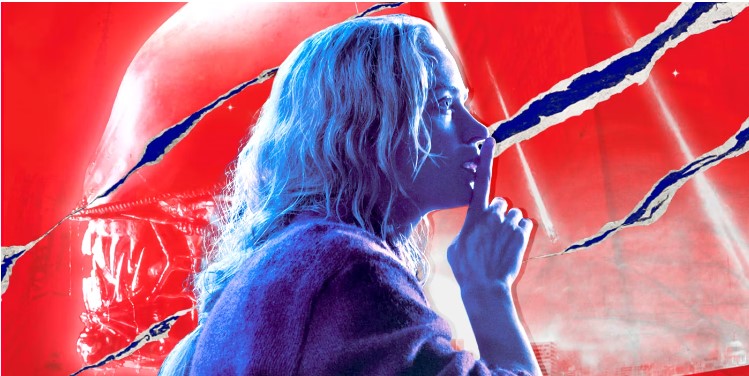 Sequels are often disappointing and underwhelming. It can be tricky to capture the spirit of what made the original so beloved while adding to the universe’s lore. When a sequel is done correctly, however, it’s simply magic.

Given the low budgets of most horror films, horror sequels are produced at an alarmingly fast pace, and it is easy for a sequel to disappear into the crowd. But the best horror sequels not only stand out, but they also pass the test of time.

‘Aliens’ (1986)
Before he breathed fresh life into the Terminator franchise with the explosive Terminator 2: Judgement Day, James Cameron expanded the world and lore of the Alien franchise with one simple idea. What if there were more aliens? Instead of Ripley and her crew battling just one alien, the aptly titled Aliens sees them land on a planet infested with the monstrous creatures.

Seeing Ripley bond with a young child was also a nice addition to the movie, allowing her maternal instincts to take over, and giving her the strength to battle the Queen Alien. It isn’t any surprise that Ripley ranks so highly in our ranking of the best final girls from the eighties.

‘The Conjuring 2’ (2016)
Given that Ed and Lorraine Warren worked on dozens of supernatural cases, James Wan had a lot of true stories to choose from when it came to The Conjuring 2, the sequel to the critically and commercially successful horror movie, The Conjuring.

Given that Ed and Lorraine Warren worked on dozens of supernatural cases, James Wan had a lot of true stories to choose from when it came to The Conjuring 2, the sequel to the critically and commercially successful horror movie, The Conjuring.

‘Scream 2’ (1997)
Hitting theaters just one year after the original, Scream 2 sees Sidney Prescott at college, trying to forget the trauma she experienced years earlier. But when the Ghostface killings start up again, her life is thrown into turmoil, and everyone is a suspect. Beginning with another tension-filled murder sequence, Scream 2 expands on a lot of the ideas introduced by the first film.

The mystery of the killer’s identity is strong. The chemistry between Courtney Cox and David Arquette is fantastic, as always, and Sidney Prescott is so good it’s hard to believe she won’t appear in Scream 6.

’28 Weeks Later’ (2007)
28 Weeks Later picks up six months after the rage virus first infected the population of Great Britain, at a time when the US army has secured a small section of London for survivors to start again. But as is the cast with every zombie movie or show, nowhere stays safe forever

Juan Carlos Fresnadillo took over the directing reigns and recruited an array of stars to join him, including Jeremy Renner, Idris Elba, and Rose Bryne. The sequel is consistently exciting, introducing new relatable characters and delivering set-pieces that still hold up even today.

‘Insidious: Chapter 2’ (2013)
James Wan makes excellent horror films; that’s just a fact of life, and Insidious: Chapter 2 is no exception. Though the Lambert family believes they have cleansed their house of the spirit that tormented their son, they soon realize that evil is not defeated quite so easily.

The sequel is filled with nail-biting tension and frightening moments, but it’s the family dynamic that makes the film so interesting. Seeing a family pushed to their breaking point but pushing forward because they have each other is truly moving and a great way to ensure the audience root for them. We can’t wait to see what happens when the Lambert family returns inInsidious 5.

‘A Quiet Place Part II’ (2020)
Many people were worried when it was announced that a sequel to A Quiet Place, one of the most innovative and inventive horror films, was in production. Those fears were lessened when John Krasinski decided to return to direct, and the fears were finally made to look quite silly when the sequel finally landed in theaters.

A Quiet Place Part II has one of the best opening scenes of any horror movie, showing the carnage that unfolded on the day the creatures first came to earth. The story of this chaotic first day will soon be expanded on in the spin-off movie, A Quiet Place: Day One, which will hit theatres in March 2024.

‘Halloween’ (2018)
After many sequels, continuations, and even an attempted reboot, director David Gordon Green stepped in to reunite Laurie Strode (Jamie Lee Curtis) with her mortal enemy, the mask-wearing and knife-wielding Michael Myers. Ignoring every other sequel, Halloween sees Laurie alienated from her family because she simply cannot let the memory of Michael go.

She’s spent her entire life training, knowing that one day he will escape and ensuring that she is prepared for when he does. The sequel. Halloween Kills thoroughly underwhelmed fans and critics alike, but we’re hoping they stick the landing when Halloween Ends releases this month.

‘Doctor Sleep’ (2019)
Doctor Sleep deserved far better than it got. The sequel to The Shining delighted both fans and critics with its powerhouse performances, awesome effects and character-driven narrative, yet somehow earned less than a hundred million dollars at the global box office.

Writer and director Mike Flanagan, who always excels when adapting the work of master horror author Stephen King, recently revealed that he was planning a prequel film based on the life of Dick Hallorann. Unfortunately, this will not happen due to Doctor Sleep’s underwhelming box office return. But at least we still have The Shining and Doctor Sleep to scare us silly.

‘Pearl’ (2022)
Filmed secretly after shooting the hit slasher film X, Pearl tells the story of how Pearl became the repressed and murderous character we’re terrified of in X. Mia Goth reprises the role of a much younger Pearl, who must care for her ailing father while under the keen eye of her cold and overbearing mother.

Pearl takes the villain of X and turns her into an entirely sympathetic character. Not only do we now have a better understanding of why she behaved as she did in X, but we also relate to her entirely. She was simply a young woman whose dreams escaped her and left her, above all else, lonely. Maxxxine, the next film in the trilogy, certainly has a lot to live up to.

‘Candyman’ (2021)
Almost thirty years after the original, Candyman returned to the big screen in 2021. Set in the now-gentrified Chicago, the sequel follows Anthony McCoy (Yahya Abdul-Mateen II), a young photographer who becomes obsessed with the Candyman, an urban myth that may be a little more grounded in reality than he thinks.

With Jordan Peele on board as one of the writers, Candyman was always going to be a hit, and director Nia DaCosta did an excellent job of bringing the horror into the modern day.