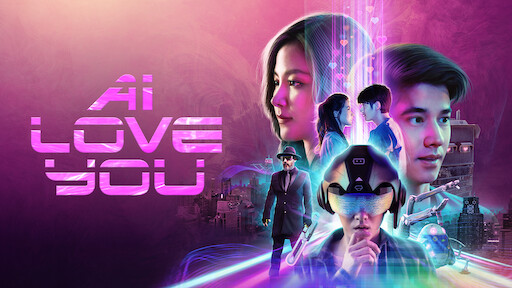 AI Love You (Laser Candy) is a modern love story set in a future time where artificial intelligence (AI) buildings are supported by human feelings.

Until one day, an error occurred in the software that made him have feelings for women in the real world. It makes the artificial intelligence escape into the body of a real man.

AI Love You tells the story of Dob, an artificial intelligence (AI), which is actually made to communicate with its users on a personal level.

Dob, the artificial intelligence, often interacts with Lana (Baifern Pimchanok). So, Lana said many things to Dob, one of which was the desire to have a good and normal lover.

Until one day, Lana goes on a date with Bobby (Mario Maurer). Unfortunately, the date did not go well. Bobby was acting less than happy after Lana was late.

This makes Lana emotional and leaves her at the restaurant. That evening, Lana tells Dob about it.

The closeness slowly ‘changed’ Dob until there were many oddities. Dob doesn’t just act weird to Lana. Dob also slowly changes affecting one building and other users, including Bob.

Until one day, Dob managed to get into Bobby’s body. He learns to be a real human in order to win Lana’s heart.

AI Love You is the latest romantic comedy film by Mario Maurer and Baifern Pimchanok Luevisadpaibul after successfully attracting the attention of many audiences through Crazy Little Thing Called Love in 2010.

The reunion film comes after more than a decade of rumors of making Crazy Little Thing Called Love 2.

The romantic comedy story of Mario Maurer and Baifern Pimchanok Luevisadpaibul can be seen in AI Love You airing February 15 on Netflix.