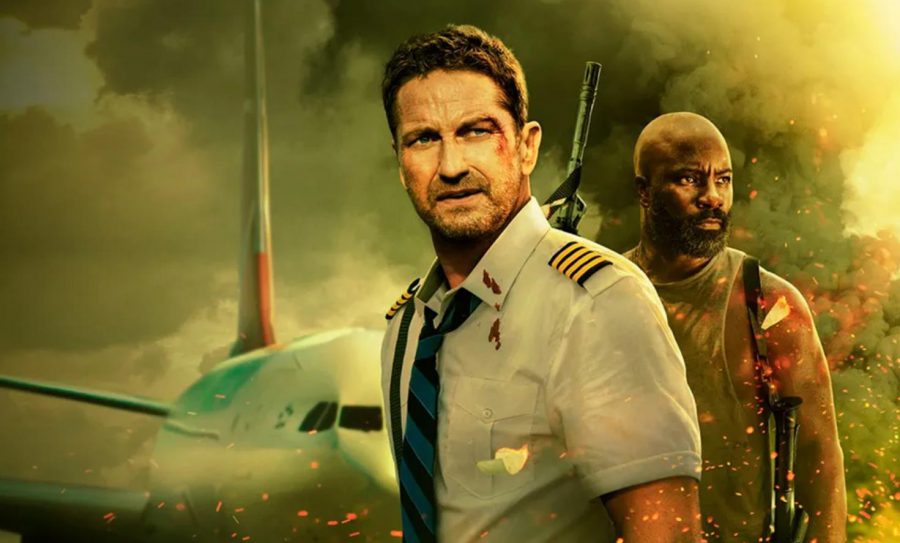 Over the course of the past decade or so, Gerard Butler has become one of the most prominent action stars, appearing in movies like Olympus Has Fallen (and its sequels – London Has Fallen and Angel Has Fallen), Greenland, and Geostorm, to name only a few. Whether or not you’re a fan of these movies, they obviously work, as Butler continues to lead one exciting and over-the-top action thriller after another. And that will continue with Plane, which honestly looks like one of the most fun movies on the 2023 release schedule.

Is this the first you’re hearing of Plane? Don’t worry, because we’re about to go through everything we know about the upcoming action flick, including its release date, cast, and story before breaking down its trailer. There’s a lot to cover in a short amount of time, so let’s get this plane off the ground…

Plane Will Be Released Theatrically On January 13, 2023

The final remnants of the 2022 movie release schedule will still be showing in theaters at the start of the new year when Plane takes flight onto the big screen, as the latest Gerard Butler action movie is set to premiere theatrically on January 13, 2023.

In November 2022, Deadline reported that the first major Lionsgate release of the new year was originally slated to hit theaters on January 27, 2022, but the studio elected to push the release up by two weeks, but no official reason was provided at the time. The last-minute move means Plane will open against the upcoming House Party remake, the latest Tom Hanks picture called A Man Called Otto, and The Devil Conspiracy. By the sound of it, your local movie house is going to be the best way to escape the cold the second weekend of January.

The Plane Cast Is Led By Gerard Butler And Mike Colter

Only time will tell if we will ever see Gerard Butler in the Marvel Cinematic Universe, but the action star will share the screen with the actor who appeared in multiple Marvel properties in the upcoming Plane. When the movie takes off in January 2023, it will feature a cast led by Butler and Luke Cage actor Mike Colter, who played the titular comic book hero on his own show as well as several other Netflix-produced Marvel series.

In the movie, Butler will play a Scottish commercial pilot by the name of Captain Brodie Torrance while Colter will play accused murderer Louis Gaspare, who is being transported by the FBI on the ill-fated plane. Joining the pair in the upcoming action romp will be Yoson An (The Meg, Mulan), Daniella Pineda (The Originals, Jurassic World: Fallen Kingdom), Paul Ben-Victor (The Wire, In Plain Sight), Remi Adeleke (The Terminal List, 6 Underground), Joey Slotnick (Nip-Tuck, The Goldfinch), Evan Dane Taylor (Daredevil, The Enemy Within), Claro de los Reyes (Is There Anything Else?, Memorial Day), and Tony Goldwyn (The Last Samurai, King Richard).

When Plane opens in theaters in early 2023, it will take audiences on an action-packed thrill ride centering on a veteran commercial air pilot, Gerard Butler’s Brodie Torrance, as he makes the tough decision to carry out an emergency landing on a war-torn island off the cost of the Philippines after the aircraft is hit by lightning. And according to the official synopsis from Lionsgate, this is where things quickly go from bad to worse.

With contact with the outside world difficult due to the fried electrical equipment, no chance of rescue by local government forces on account of the rebels and insurgents on the island, Torrance is left with no other choice than to turn to accused murderer Louis Gaspare for assistance after the rest of the passengers are taken hostage. Together, the unlikely team will act as a two-man army in hopes of not only rescuing the other passengers but also getting off the island in one piece. But as Torrance learns, there’s more to Gaspare’s story than the feds are willing to reveal or even admit.

Lionsgate has also announced that French screenwriter, director, and producer Jean-François Richet helmed Plane, and judging by his track record, he seems to be the right filmmaker for the job.

Since making his debut with the 1995 French drama Inner City (translated from État des Lieux), Richet has gone on to direct movies like the gang-based 1997 film Ma 6-T va Crack-er, the 2005 remake of the classic John Carpenter movie Assault on Precinct 13, 2008’s two-parter Mesrine, One Wild Moment, Blood Father, and The Emperor of Paris.

The Plane Trailer Is Full Of Drama, Suspense And Over-The-Top Action

The first trailer for Plane was released in October 2022, and gave the world its first look at the drama, suspense, and over-the-top action of the upcoming Gerard Butler movie. At first, the trailer – thanks to menacing shots of Mike Colter’s Louis Gaspare – makes it seem as if the movie is going to be something like the 2014 Liam Neeson action flick Non-Stop, but that quickly changes once the plane makes its emergency landing and the passengers become hostages.

After that, Butler and Colter’s characters become an unlikely and unstoppable force, wiping out the captors left and right, resulting in some great action shots and a plane-load of old-fashioned violence. Hopefully, if the movie is a success, it becomes the next Gerard Butler action series in which he and Colter get into all kinds of trouble around the world.

The world will get to see all the thrills and chills of Plane in action when the movie makes its big screen debut starting January 13, 2023. But that is just the beginning of Gerard Butler’s upcoming plans, as the Scottish action star has a busy slate moving forward, including the disaster film, Greenland: Migration, Ric Roman Waugh’s Kandahar, and the long-in-the-works Night Has Fallen. But while we wait for more information on all of those movies, check out our list of the best action movies to help kill time.