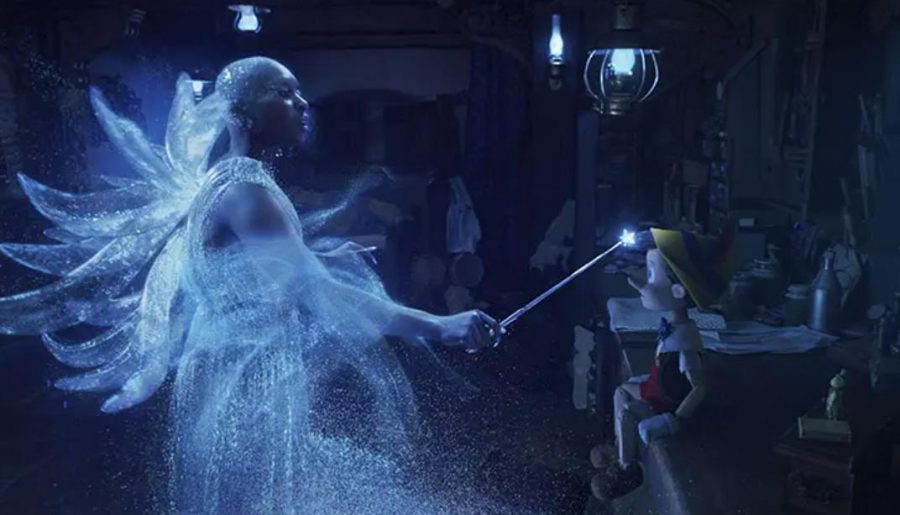 The live action film Pinocchio was directed by Robert Zemeckis, a figure who has produced many iconic films, including the Back to the Future film series, Who Framed Roger Rabbit (1988), and other films. Interestingly, Pinocchio stars one of Hollywood’s best actors, namely Tom Hanks, who plays Geppetto or Pinocchio’s father.

Pinocchio tells the story of Geppetto, a carpenter, who makes a wooden doll, named Pinocchio, which is made to resemble his dead son. One night, Geppetto made a wish to the star that he wanted a boy. Geppetto’s request is granted by the Blue Fairy by bewitching Pinocchio to life.

One of the most unfortunate things is the lack of Blue Fairy appearances in the live action version. Blue Fairy only appears once when she revives Pinocchio and assigns Jiminy Cricket as Pinocchio’s conscience. There is absolutely no scene that shows the Blue Fairy teaching Pinocchio about lies. Surprisingly, Jiminy knew right away that Pinocchio was lying when the wooden doll’s nose grew.

Even though it has live action, the use of CGI clearly looks so dominant in the application of visual effects in Pinocchio. If we look back at the animated film, it’s not surprising, really, that the live action version definitely requires CGI to be able to bring some important moments in the film to life. Unfortunately, the CGI quality displayed throughout the Pinocchio film looks inconsistent.

The quality of CGI is even worse when Pinocchio and Geppetto try to escape from the pursuit of Monstro, after they manage to get out of the monster’s stomach. The big waves produced by Monstro look so fake and the quality is like a fantasy film released in the 1990s and early 2000s. The inconsistent quality of visual effects may be the reason why this film is not shown in theaters.

As mentioned in the first point, the live action version of Pinocchio features a modified story. One of the big changes that this film shows is the ending that is very different from the animated film. In the animated version, Pinocchio was thought to be dead after escaping from Monstro. However, in the live action version, it was Geppetto who was thought to have died after escaping from Monstro.

Pinocchio adds to the list of unsatisfactory Disney animated adaptations of live action films. Actually, there’s nothing wrong with changing the story, unfortunately this live action version even eliminates some important scenes in the animated version. The presence of Tom Hanks did not even really help lift this film.

After reading the Pinocchio film review, are you interested in watching this film?