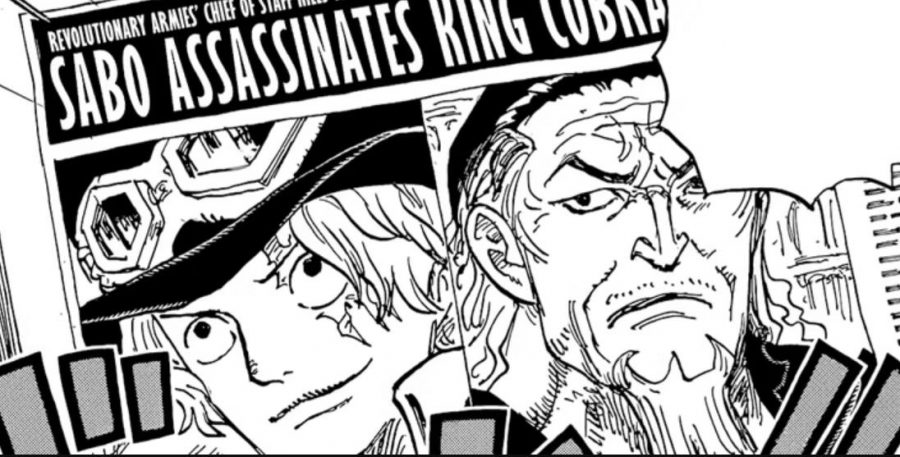 In the last few weeks each chapter of the One Piece manga series has always presented something extraordinary. With the end of the Wano arc, Oda has finally begun to shift his focus to a new adventure for the Straw Hat crew. On the other hand, we also finally get to see what is happening in other parts of the world. One of the moments that is quite surprising is the death of Nefertari Cobra.

According to news circulating, Cobra died during the Levely incident. And according to the World Government, the killer was none other than Sabo. This news obviously took everyone by surprise, including the Revolutionary Army. They do not believe the news circulating. And everything is still a mystery until chapter 1060 yesterday.

After successfully escaping from Mary Geoise, Sabo then went to Lulusia’s kingdom, which was one of the territories allied with the Revolutionary Army. Therefore, this place could be a perfect hiding place for Sabo. However, unfortunately, his position was later discovered by the navy who had tapped into his den den mushi.

Sabo tells Dragon that he wasn’t the killer of Cobra. He also admitted to being very surprised by what he saw at Panagea’s palace. According to him, he saw a figure of the ruler of the world there sitting on a throne. Given that Sabo seems to be leaking a very classified information, Im then destroys the Lulusia kingdom where Sabo is.

Many theorize that Im used one of the Ancient Weapons, Uranus, to destroy the island. However, so far there is no evidence regarding this. However, the big question is what then is the reason Im should do such a thing?

Why Lulusia Was Destroyed

Im and the World Government are no strangers to killing innocent people in order to protect their secrets. They once ordered the navy to kill everyone in Ohara. In terms of Sabo and Lulusia’s destruction, Im seems to want to erase the traces of what Sabo already knows. The first is about the ruler of the world in Pangea’s palace.

The second is the secret behind Cobra’s death. The two big secrets certainly have the potential to destroy their power. What’s more, if later they found out about the “world lord” who controlled everything from behind Pangea’s palace. Everyone will definitely start directing their focus towards Im’s figure. On the other hand, information about Cobra’s death can also shake their power.

If then information about the death of Nefertari Cobra is known to everyone, including the various regions allied with the World Government, it is not impossible if they then decide to no longer be a part of it. This moment would weaken them, but it would be a golden opportunity to gain sympathy for the Revolutionary Army. That’s why, Im and the World Government need to stay in power so that all these secrets are kept.

In chapter 957, Garp had told the Neptunes that there was a big incident happening in Alabasta. However, we still don’t know what event Garp was referring to. It could be, the big event is the moment where the figure of Cobra died. It is possible that the World Government is trying to come up with a grand scenario.

They tried to kill Cobra and then scapegoated Sabo for it. In yesterday’s Reverie moment, we saw how the Gorosei side considered the Nefertari family to be traitors. According to them, the Nefertari family deserved to be exterminated. In addition, they also asked for Im’s blessing to do a “great cleansing” or “massive cleaning.”

The Nefertari family as well as the kingdom of Alabasta are one of the 20 kingdoms that once, in the lost century, took part in the invasion of the Ancient Kingdom. They also helped form the World Government. However, unlike other kingdoms that chose to live in Mary Geoise, they preferred to stay in their kingdom in Alabasta.

During the Reverie moment, Pell tells Vivi that his father, Cobra, received a letter from admiral Fujitora. That’s why they decided to form a meeting in the middle of the Reverie moment. It is not known until now what they discussed at the meeting. Apart from betrayal, the possibility of Im killing Cobra due to Poneglyph.

As we know, that in Alabasta there is a Poneglyph that talks about one of the Ancient Weapons, Pluton. However, perhaps, because Cobra decided not to cooperate with the World Government, they ended up using violence. However, because the information never appeared, Im finally decided to end Cobra’s life.