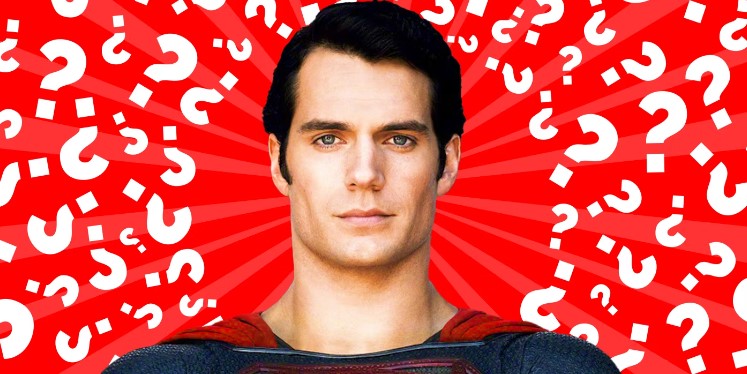 After nearly a decade of waiting, it appears fans of Henry Cavill’s incarnation of Superman can finally look forward to a brand-new solo outing for the character that will serve as a sequel to the 2013 feature, Man of Steel. While Warner Bros. appears to be committed to this feature, there’s still lots of work to do in making the untitled Man of Steel 2 a reality. The production doesn’t have a writer or director attached, for starters. While many comic book movie sequels can look to directors of older entries in their respective franchises to direct a follow-up, that won’t be possible here. Man of Steel director Zack Snyder is incredibly busy with his multi-film plans for Rebel Moon on Netflix.

With Snyder unlikely to show up as a key creative voice on this project, that means it’s time to look elsewhere for who could direct this forthcoming sequel. The options are limitless for such a gig and would depend on what kind of tone this movie is aiming to capture. Recent DC Extended Universe (DCEU) titles like Black Adam or Wonder Woman 1984 suggest a lighter touch is likely going to be incorporated for this new Man of Steel adventure. That would be a major influence on prospective choices for this assignment, but the factors influencing who could direct go way deeper than that.

The choice for director on Man of Steel 2 would undoubtedly be molded by details like what kind of filmmakers Warner Bros. has approached for other recent DC movies, which filmmakers have delivered works that suggest they’d be right for directing a lighter vision of Superman, and even artists who’ve been in the running to direct Superman films in the past! There’s so much in play when considering who could direct Man of Steel 2, though even with this multitude of factors, seven particular names stand out as likely and/or promising picks to helm this long-anticipated blockbuster.

J.D. Dillard
J.D. Dillard’s career started at the offices of Bad Robot, where he worked as a receptionist. There, he built a good connection with J.J. Abrams and, after Bad Robot recommended him to an agent, was able to build up the financing and influence he needed to realize his indie project Sleight. Since then, Dillard’s been very busy with a wide variety of projects, including this fall’s war drama Devotion. He’s even been attached to direct a spin-off Star Wars movie since early 2020. In other words, Dillard’s building up a solid body of work, and he could be in a terrific position to helm a Man of Steel movie.

Dillard’s got a clear love for all kinds of genre fare in his directorial work so far while his directing credits on The Outsider and The Twilight Zone showed that he’s capable of competently directing worlds that he didn’t personally originate. Best of all, his scrappiest and earliest productions like Sweetheart and Sleight showed that Dillard has a gift for making genre fare that doesn’t forget about humanity or emotions. That’s a gift that would serve him incredibly well if he was offered the chance to direct the next Man of Steel installment.

Rick Famuyiwa
Fresh off his directorial work on the 2015 film Dope, director Rick Famuyiwa was hired to helm The Flash for the DC Extended Universe. Famuyiwa stuck with the project for a while and even promoted it at the 2016 edition of the San Diego International Comic-Con. However, in October 2016, he departed The Flash over creative differences with Warner Bros. From there, Famuyiwa found another big sci-fi franchise to join: Star Wars. Famuyiwa has directed multiple episodes of The Mandalorian and proven his chops for big-budget adventure stories with this program.

Now that Famuyiwa has concrete franchise experience under his belt, he could be a prime choice to tackle a new Henry Cavill Superman movie. After all, his being attached to The Flash for so long indicates he must have some kind of attachment to the world of DC Comics. Plus, his willingness to embrace lighter atmospheres and unabashed emotion in early directorial efforts like The Wood and Brown Sugar suggests Famuyiwa would ready to handle the lighter side of Superman compared to his early DCEU exploits.

Matthew Vaughn
Back when the Superman franchise was in a state of limbo after Superman Returns failed to live up to pre-release expectations, Matthew Vaughn pitched a colorful vision of a Superman film to Warner Bros. brass. The studio opted to pass in favor of a reboot of the character adhering closely to the mold established by the 2005 film Batman Begins. Vaughn didn’t get to direct Superman then, but perhaps now his time has come. Vaughn could be just what the Superman franchise needs at this point.

Granted, Vaughn’s juvenile sensibilities in his Kingsman movies are the last thing a Man of Steel follow-up would need. However, Vaughn has shown a capability of working with lighter and more sincere tones on projects like Stardust or even X-Men: First Class. The latter film further demonstrates why Vaughn would be perfect for this project since he has experience restoring creative luster to superhero movie franchises in creative doldrums. Best of all, Vaughn has openly talked about how he’s a massive fan of Superman and especially the classical version of the character. That kind of affinity and passion, not to mention working with Cavill on two prior movies, could make him an ideal candidate for Man of Steel 2.