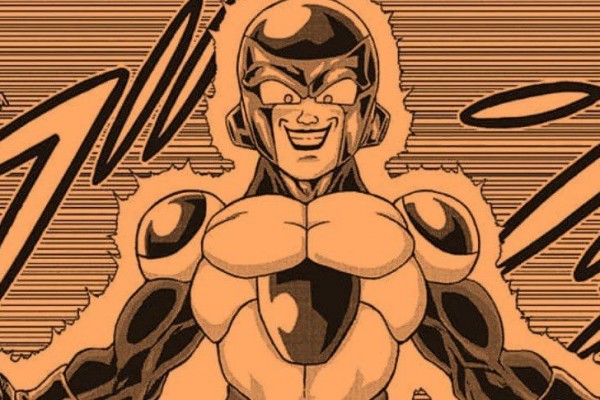 Until now Frieza has 7 changes form since his first appearance on Planet Namek! What does the change look like? Let’s see the list in the following Dragon Ball article!

Unlike most of the concepts of transformation or transformation in the Dragon Ball series, Frieza uses this form to better control his enormous power.

So you could say, although this form is Frieza’s weakest form, this first form is not even Frieza’s original form.

Frieza’s second form is similar to his first form, only much bigger and taller. Frieza’s horns in this form also bend upwards.

Overall, Frieza’s second form is similar to the form that his father, King Cold, used to use.

When changing to this form, Frieza’s armor breaks because it can’t withstand Frieza’s growing strength!

Frieza’s third form is arguably the most sinister and savage-looking form, with an elongated head and increased horns.

Interestingly, Frieza had mentioned that before he changed to this form on Planet Namek, no one had ever seen Frieza’s third form change!

Frieza’s final form is Frieza’s true form, so Frieza can maximize his potential when using this form.

This can be seen from Frieza’s ability to use 100% of his power in this form.

Compared to other forms before, this form is clearly Frieza’s strongest form considering that the first to third forms are used by Frieza to withstand his immense power.

Since Frieza trained to be able to control this form better in Dragon Ball Super, Frieza is now seen using this form more often.

After his defeat on Planet Namek, Frieza’s body was modified in such a way that he could survive with body parts made of machines.

Frieza’s body modification that makes him Mecha Frieza is said to be able to make him go beyond the limitations of his usual body because it is made of machines.

Unfortunately, the appearance of Mecha Frieza is only short because his arrival is immediately greeted by future Trunks who are much stronger than him!

After rising from the dead in the Dragon Ball Super series, Frieza trains hard to beat Son Goku and his friends.

As a result, Frieza is able to develop his shapeshift further and obtain the Golden Frieza form.

In general, the shape of the Golden Frieza is still similar to its original form, it’s just that the color is dominated by gold. In terms of strength, this Golden Frieza is even stronger than Son Goku in Super Saiyan Blue form!

Unfortunately (or fortunately), Frieza’s lack of preparation when using this form makes Golden Frieza consume too much stamina!

In the latest Dragon Ball Super manga, Frieza is now able to change even further after training for 10 years in the Hyperbolic Time Chamber.

Frieza is now able to become a Black Frieza which in appearance is still similar to the Golden Frieza, only black.

There is no doubt about his strength, Son Goku in the form of True Ultra Instinct and Vegeta in the form of Ultra Ego can be defeated by Black Frieza in an instant!

Luckily, Frieza doesn’t want to fight Goku and Vegeta so they can still survive the horrors of Black Frieza’s power.

Those are the 7 changes in Frieza’s form known so far in the Dragon Ball series! Which one do you think is the coolest? Please share your opinion in the comments column below!

Here I will inform you of the films that have just been released and can be watched in streaming for free. Please choose the film you like below: