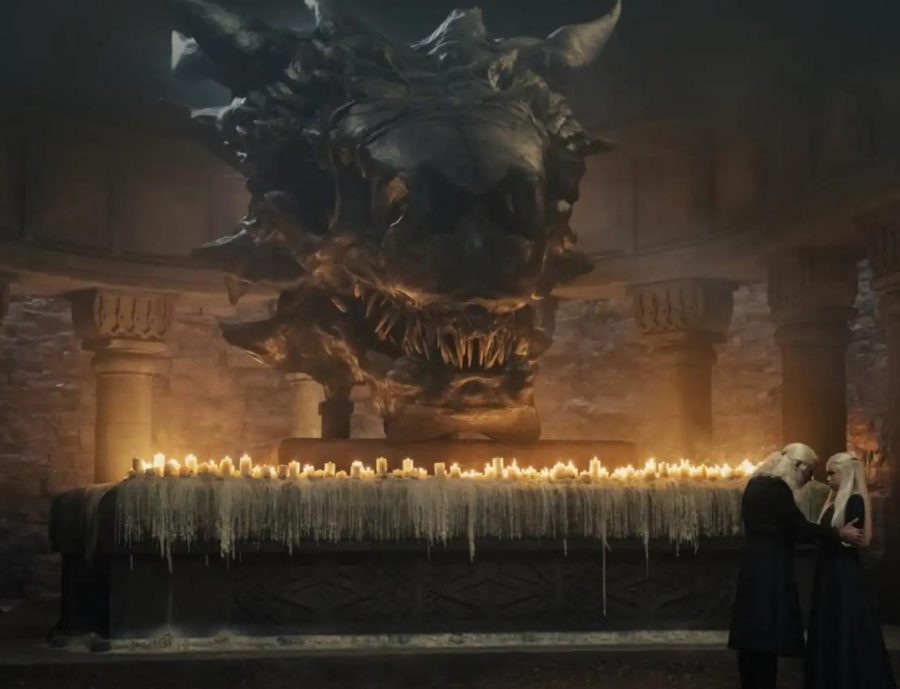 “House of the Dragon” attracted 9.99 million viewers across HBO and HBO Max after its one-episode premiere on Sunday (21/8). “House of the Dragon”, the sequel to the hit “Game of Thrones” series, has officially aired on HBO. The broadcast was greeted with great enthusiasm from fans around the world.

On the day of its debut, the series “House of the Dragon” successfully attracted nearly 10 million viewers. This figure is a huge achievement, being the biggest debut series ever to air on HBO MAX.

“House of the Dragon” attracted 9.99 million viewers across HBO and HBO Max after its one-episode premiere Sunday, according to Warner Bros.

“It was great to see millions of ‘Game of Thrones’ fans return with us to Westeros last night,” said HBO and HBO Max chief content officer Casey Bloys.

HBO stated, “House of the Dragon” attracted the largest premiere audience in the history of pay-TV channels, including also surpassing the milestones of content that debuted before the streaming era.

The enthusiasm of the large audience proves the widespread influence of the “Game of Thrones” series which ended in 2019. “House of the Dragon” could follow the achievements of its predecessor which became HBO’s biggest hit of all time, especially with its eighth season debuting hit with 17.9 million views.

“House of the Dragon” is based on George R.R.’s 2018 novel. Martin “Fire & Blood.” The series is set 200 years before the events of “Game of Thrones” and tells the story of House Targaryen. The series stars a stellar cast, including Paddy Considine, Matt Smith, Olivia Cooke, Emma D’Arcy, Steve Toussaint, Eve Best, Fabien Frankel, Sonoya Mizuno and Rhys Ifans.

Martin, the writer, is also involved in the series with Ryan Condal, who acts as a co-showrunner with director Miguel Sapochnik.

“‘House of the Dragon’ features an incredibly talented cast and crew who put their heart and soul into the production, and we are delighted with the positive response from viewers. We look forward to sharing with the audience what more George, Ryan and Miguel have in store for them this season,” added Casey Bloys.

The “House of the Dragon” series tells of wars and power polemics in the heart of the Seven Kingdoms of Westeros. A civil war broke out within the Targaryen clan to find the successor of King Viserys I Targaryen, which later became the beginning of the clan’s catastrophic downfall.

The story in this series takes place hundreds of years before the events in the first series. To be precise, about 172 years before the birth of Aerys II Targaryen, the Dragon Mother who became the central character in the story of “Game of Thrones”.

After the first episode was released last Sunday, “House of the Dragon” will continue for the next nine episodes.