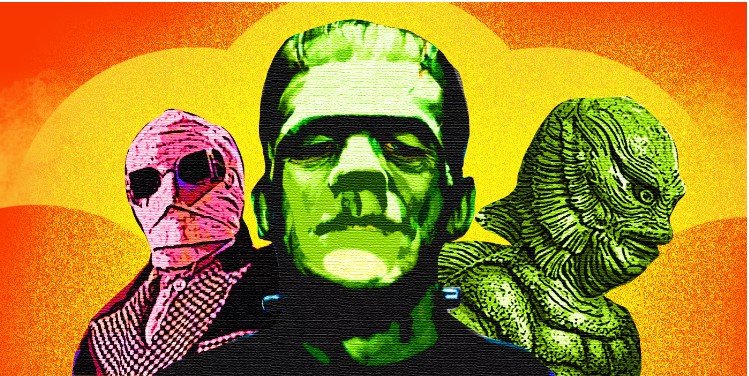 Nearly a century after these figures first terrorized movie theaters, the assorted ghouls and beasts that make up the Universal Monsters library are just as recognizable as ever to the general public. It’s an especially impressive feat given that characters like Dracula, Frankenstein’s monster, and others are firmly in the public domain, any movie studio can make new interpretations of these characters. There’s no shortage of other stories about these monsters out there, yet the versions performed by actors like Bela Lugosi and Boris Karloff continue to be indispensable in the zeitgeist.

What Is Universal’s Copyright Hold on Its Monsters?

The reasons for their enduring popularity are numerous and include some very practical factors for why the Universal Monsters, above all other incarnations of these characters, remain so popular. For starters, Universal does have a copyright claim to certain aspects of their versions of these monsters. Most notably, they’re the only ones that can make movies featuring a version of Frankenstein’s Monster that’s green and has bolts on his neck, among other distinguishing features. If you’ve ever wondered why, say, the same character in the Hotel Transylvania movies had blue skin, there’s your answer.

Having a stranglehold on such key visual elements doesn’t mean that Universal can halt any Frankenstein movie at a rival studio that goes into development. However, it does mean that this company has a lock on arguably the most visually iconic version of this beast. Meanwhile, other Universal Monsters like The Wolf Man and Creature from the Black Lagoon’s Gil-Man are firmly owned by Universal. Having this kind of control over either universally beloved aspects of these characters or the monsters themselves provides a logical explanation for why the Universal Monsters keep on chugging as pop culture mainstays. As long as people think of Frankenstein’s Monster with green skin and neck bolts, the Universal Monsters will persist.

Having so many of these productions in its library has also ensured that Universal is constantly wringing any extra dollars it can out of this franchise. Rare is the home video format that isn’t greeted with a new collectible re-release of all the Universal Monsters movies. The studio is also constantly keeping these characters in the public eye with recurring remakes like The Mummy or Van Helsing. These characters and their most famous interpretations never seem to be out of the spotlight for long given how often Universal is trying out modern interpretations of figures like The Invisible Man.

Universal’s Monster Stories Profoundly Resonate With Their Audiences
These are the realist answers for why the Universal Monsters have proven so enduring in pop culture and they provide context for why this horror series has never left the general public’s radar. But there are deeper reasons why people can’t get enough of this incarnation of these particular characters. Most notably, many of them work on a deeper level than just nostalgia or delivering quick frights. The classic Universal monsters movies, namely James Whale’s Frankenstein titles, tapped into the allegorical possibilities of these monsters in a way that made them resonate with audiences on a profound level.

Whale’s The Bride of Frankenstein, for instance, wouldn’t have had such a long shelf life if it hadn’t caught on like wildfire with the LGBTQIA+ community. Similarly, modern reflections of how eroticism crept into moments of the 1931 Dracula have made that title an object of fascination for many viewers. Meanwhile, the way Creature from the Black Lagoon offers a fascinating time capsule into what terrified moviegoers in the 1950s has given that particular Universal Monsters title all sorts of longevity. The deeper layers of these properties and the interpretations viewers bring to them have been a critical part of why the Universal Monsters have endured.

It helps too that such deep themes provide a lot more for moviegoers to chew on than other non-Universal movies about the same monsters. What does I, Frankenstein and its glowering hysterically heterosexual vibes offer to viewers? Does the long-forgotten James McAvoy/Daniel Radcliffe movie Victor Frankenstein have even an ounce of the insight or pathos of Whale’s vision of Frankenstein’s beast? The deeper themes of the Universal Monsters movies would’ve garnered fans under any circumstances. But comparing Universal’s Frankenstein movies, for instance, to so many other projects starring this character makes it woefully apparent why Karloff’s interpretation still reigns supreme in pop culture.

Universal’s Flexibility With Its Characters Allows Them to Transcend Genre
It doesn’t hurt that Universal’s flexibility with these characters allowed them to exist in multiple genres, thus opening up even more possibilities for how wide of an audience these monsters could appeal to. Perhaps you’re not a fan of darker horror films, which would understandably rule out movies like the original Wolf Man. But if you like comedies, then other titles featuring Universal Monsters characters like Abbott and Costello meet Frankenstein might be more up your alley. Being able to appeal to so many different cinematic sensibilities had been a boon for the longevity of characters like Dracula and The Mummy.

Even the once entirely idiosyncratic shared continuity between entries in the Universal Monsters movies helps explain why these movies remained so popular. While today it’s common to see Marvel superheroes crossing paths with one another in different movies, this was a far rarer occurrence in 20th-century cinema. A rare instance of this phenomenon even occurring was in the Universal Monsters library, where Dracula and Frankenstein’s monster to encounter one another and create unparalleled spooky sights. Claiming itself as one of the earliest instances of interconnected cinematic storytelling gives the Universal Monsters historical significance and an extra reason these characters stood out as thoroughly unique to moviegoers.

Actor Repulations Also Factor Into Universal Monster Popularity
Of course, the lasting legacy of the Universal Monsters cannot be divorced from the actors who brought this franchise’s characters to life. The likes of Bela Lugosi and Boris Karloff will be forever known for their works as characters like Dracula and Frankenstein’s Monster, respectively. However, the duo also have large fanbases that love the actors for more than just their works as spooky big-screen beasts. People are always talking about other projects they’re forever intertwined with, like Plan 9 From Outer Space for Lugosi or the Chuck Jones Grinch special for Karloff.

A rising tide lifts all boats and the same is true of the reputations of Lugosi and Karloff. These two aren’t going anywhere as pop culture legends and neither are the most famous movies in their respective bodies of work. Being attached to performers like them (not to mention other actors like Lon Chaney Jr.) has helped the Universal Monsters stick around in the pop culture consciousness tremendously. One can even see this phenomenon at work with more modern features utilizing Universal Monsters characters. Most notably, Brendan Fraser’s enduring fanbase has kept the 1999 The Mummy around on people’s radar, while Elisabeth Moss no doubt helped attract many moviegoers to the 2020 update of The Invisible Man. Through these and other actors, one can see how the Universal Monsters get much of their fame from being a part of a larger pop culture tapestry, in addition to having plenty of enduring qualities of their own.