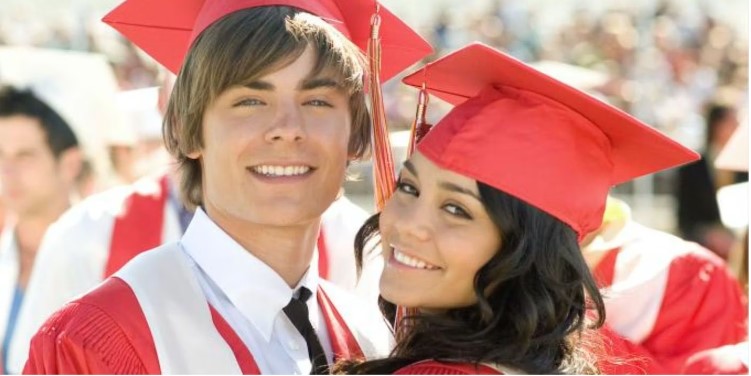 For many, high school is considered a defining time when it comes to exploring your identity or finding out what you want in life. It’s usually a pretty eventful phase—from hearing about today’s drama to making sure you have great grades for college. Whatever it may be, what’s certain is that high school is interesting and, well, even a bit chaotic.

Throughout the years, there have been thousands of movies and TV shows set during high school, with most of them reflecting our own experiences during that time. Watching these things on screen can either make you feel painstakingly seen or a bit envious. A lot of these projects are also filled with familiar themes such as angst, betrayal, teenage love, cliques, and many more that are sure to spice up the stories.

But there are high schools in TV shows and films that are too awesome to see, so much so that we would imagine ourselves attending that school with the other characters. With that, here are some of the TV and film high schools in which we wish we could enroll.

The Breakfast Club (1985)
Out of many movies based in high school, The Breakfast Club is certainly the one that will forever be cherished by the public. The movie follows five students at Shermer High School who are given Saturday detention and must spend the whole day in school, with the Vice Principal serving as their supervisor. The students are to remain in the library, avoid talking to each other, and write an essay before they are dismissed later in the afternoon. However, as the hours go by, they realize that everyone has a story to tell.

The Breakfast Club is mostly filmed inside the library which, to this day, is probably the most impressive high school library, even the size of it alone is enough to make people want to go to this school.

Gilmore Girls (2000-2007)
Rory Gilmore (Alexis Bledel) is a bright young girl whose absolute dream is to go attend Harvard. With the support of her mother Lorelai (Lauren Graham), she transferred from her local high school to Chilton, a prestigious private school that increases her chance of fulfilling her lifelong college aspirations. The show follows the mother-daughter duo as they navigate relationships, life, and everything in between. It has since become a cult classic.

In the earlier seasons, viewers can see Rory as she tries to adapt to the Chilton lifestyle. It’s a pretty rigorous school, but many people want to go there because of how it’s depicted. From hosting expensive events, boasting teachers with good credentials, cute uniforms, to the amount of opportunities, Chilton sounds like a great school.

Kim Possible (2002 – 2007)
If you have once wanted to study in the same school with a teenage girl who fights crime on the side like a badass, it’s likely that you have watched Kim Possible. This classic Disney show centers on the titular character Kim, a straight-A student from Middleton High School who, besides attending cheerleading practice and facing typical teenage problems, also has a job as a crime-fighting hero with the help of computer genius Wade and her best friend slash love interest Ron Stoppable. Together, they try to keep their community free from evil.

Middleton High School somehow always looks so fancy because of its impressive facilities, clubs, huge competitive teams, and different events. And considering how diverse the school is, it truly seems like an ideal school to go to.

High School Musical (2006)
What team? Wildcats! High School Musical is perhaps one of the biggest Disney Channel film series to date as per the total number of views and its overall impact on the generation. The first film, which aired back in 2006, follows transfer student Gabriella Montez (Vanessa Hudgens) and basketball star Troy Bolton as they navigate life as teenagers while studying in the beloved East High, located in Albuquerque.

East High is probably everyone’s dream school at some point, and it’s no question as to why. There are so many things that make the school iconic to this day such as the clubs, the big cafeteria, support in different sports, and, of course, the amazing world of theater. You can tell that East High offers so much more than academics as it also prioritizes the arts. Who doesn’t want that kind of school?

Cobra Kai (2018 – Present)
The iconic West High Valley that first appeared in The Karate Kid can once again be seen in the original film’s sequel Cobra Kai. Originally a Youtube Red show and then later on moved to Netflix, the martial arts show stars Ralph Macchio and William Zabka who reprised their role as Daniel LaRusso and Johnny Lawrence respectively. Despite having been wealthy, Johnny slowly fell off from that lifestyle due to trauma and depression and is now living in a quaint apartment. When he helps his neighbor Miguel Diaz (Xolo Maridueña) fend off bullies, he reluctantly agrees to help him train and reopens the Cobra Kai karate dojo.

Nostalgia is often an effective way of bringing in audiences, and Cobra Kai certainly knows how to do it well by bringing back original cast members and revisiting West High Valley.

After 4 película online in netflix