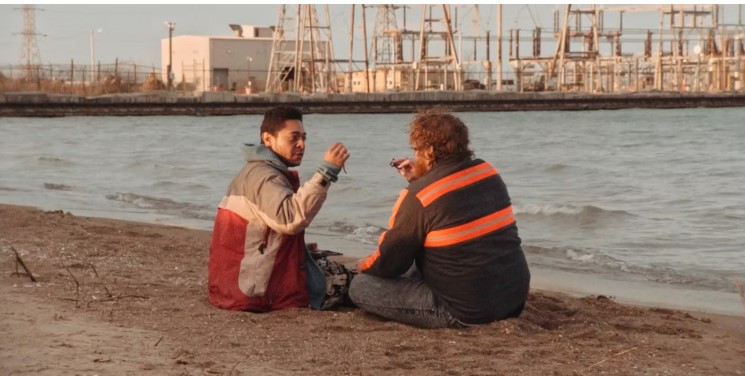 While horror is usually related to fear, the genre also works as an exploration of other very uncomfortable feelings, such as dread and disgust. We are not necessarily afraid when seeing explicit violence or eschatological scenes in a movie. Still, our bodies move away from the unnerving imagery, just as our eyes try to close to protect us from unspeakable terrors. Alex Phillips’ feature debut as a writer and director, All Jacked Up and Full of Worms, is all about evoking this feeling in the audience, a mission he sometimes fulfills too well. However, while Phillips’ drug trip is disturbing enough to grab the attention of horror-fiends looking for the next maddening movie to watch, the result might be too disjointed to leave a lasting impression.

There are a few interesting ideas scattered all over All Jacked Up and Full of Worms, such as how the hyper-sexualization of the word “daddy” carries an uncomfortable relationship to pedophilia, or how both hallucinogenic drugs and mental health issues can change the perception of reality in a similar fashion. But that’s precisely the issue: they are scattered. The script of All Jacked Up and Full of Worms is the weakest part of the movie because it fails to offer enough connective tissue to tie the absurd imagery with a deeper meaning. As it is, All Jacked Up and Full of Worms feels like a collection of weird scenes, put together only by the idea that everything is part of one terrible drug trip. While that’s enough to justify the unbounded perversions Phillips conjures before our eyes, it might be too little to hold the attention of moviegoers hoping to get something more from a movie than utter repulsion.

And yet, there’s something mesmerizing about All Jacked Up and Full of Worms. When we think about the parts instead of the whole, Phillips’ directorial debut is capable of perfectly recreating the ecstasy of getting high and the pains of coming down and having to face a world that no longer make sense to you. It also dives deep into the alienating consequences of a bad trip, as an addict’s own body ceases to belong to himself and is transfigured into a prison for their conscious mind. Besides that, we must admit that many of us come to horror to test our ability to endure the appalling images an artist can create. All Jacked Up and Full of Worms is filled to the brink with this kind of image, and horror fans looking for the weirdest experience they can find will be well-served with Phillips’ movie.