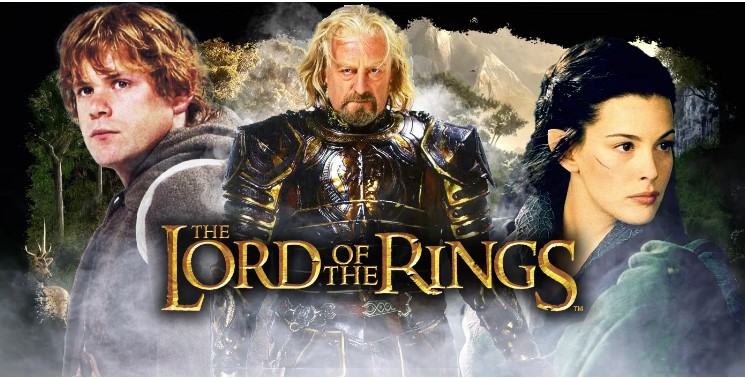 The Lord of the Rings is the most epic, jaw-dropping, intense trilogy in cinematic history. Director Peter Jackson brought to life the most impressive battle scenes, and mastered every single shot on the silver screen. Howard Shore’s score is also a key element to the splendor of this trilogy. The emotion with which we watch these movies every single time proves how magnificent and effective they are. Tough choices had to be made, but we gathered the top seven moments of The Lord of the Rings trilogy that give us goosebumps every time.

Gandalf vs Balrog
‘’You Shall Not Pass!’’ Who doesn’t get chills when Gandalf screams these words to the Balrog on the Bridge of Khazad-dûm? Our ringbearer and his companions just faced a battle with hundreds of orcs, a troll, and now a Balrog, ‘’a demon of the ancient world.” The Balrog in itself is absolutely terrifying, but when Gandalf stays behind on the Bridge of Khazad-dûm to fight it on his own, that’s when the goosebumps start. Gandalf falls down the bridge, and after his famous “Run/ Fly you fools!” the wrenching score carried by vocalist Aivale Cole slowly builds as Frodo’s heartbreaking scream resonates in Moria. In addition to the haunting score, the slow motion of the fellowship leaving Moria as a hail of arrows falls down on them adds to the gravity of this moment.

Flight to the Ford
‘’If you want him, come and claim him!’’ These are the words proclaimed by Arwen as she faces the Nazgûl in the river, while holding Frodo on her horse. The ‘’Flight to the Ford’’ scene is such an impressive part of this movie, but Arwen doesn’t get enough credit for her only action scene in the trilogy. She is indeed an excellent rider, as she told Aragorn. We don’t see the Nazgûl right away. We first see Arwen riding as fast as she can through the forest, scratching her cheek against the trees (always a badass moment for the fans). Within a few seconds, we can feel that the menace is coming. The scene is shot from behind the trees, where we can hear the riders brushing against the branches. Arwen finds herself surrounded by eight riders who try to reach Frodo. As always in The Lord of the Rings trilogy, the soundtrack brings more drama and depth to the scenes. Here, Shore uses a strong crescendo, a somber choir, brass and percussion, which are all the elements you need to create an epic score, for an even more epic scene.

The Battle of Helm’s Deep
‘’So it begins,’’ Théoden says. One of the most epic scenes of The Two Towers is definitely the build up to the Battle of Helm’s Deep. It will give you chills every time. This scene has a slow beginning, quiet even, where we hear the thunder, the enemy marching, and then finally the rain begins to fall. We see children crying in the cave, which gives it even more depth because we are reminded of what’s at stake. It is the definition of the calm before the storm. The scene reaches its climax when Théoden’s famous quote is backed up by grave percussion behind him and the brass reprise the theme of the Battle of the Hornburg. The cinematography of this scene is incredible: the arrows fly around Aragorn, the ladders of the enemy fan out against the walls and the screams resonate in the night. Everything in this scene is perfectly paced and choreographed.

Forth Eorlingas
‘’For death and glory!’’ Théoden definitely has some of the most epic lines in this trilogy. His decision to ride forth with Aragorn and his men is supported by the slow chant of a choir and by vocalist Ben Del Maestro, singing the theme of ‘’Forth Eorlingas.” Finally, just when we thought this film could not be more epic, we see Gandalf standing on the hill, facing Aragorn and the enemies at dawn. The Rohirrim, led by Éomer, appear behind him. In movies, the arrival of help during a battle scene is always very moving, but Peter Jackson took this recurrent theme to another level. He gave us the incredible charge of the riders, ending with a perfect slow motion as the Rohirrim hit the enemies.

Sam’s Monologue
‘’Even darkness must pass.” Sam delivers the most inspiring monologue of this trilogy, right after Frodo almost killed him in The Two Towers. He understands why he did this, he knows the burden that Frodo is carrying. This voice over of Sam’s monologue is played while we see the Uruk-hai leave the battlefield as Théoden screams ‘’Victory!” So yes, Sam’s speech is an omen that the good will triumph, even if at this moment, he feels like they won’t make it. The theme of the Shire beautifully picks up while he speaks, as a reminder that a great world is still possible. Even Gollum is touched by these powerful words, and it looks for a moment as if he could remember his life before the ring. Sam isn’t a soldier. He is a hobbit, a gardener, who knows the value of life and that it is worth fighting for.

The Battle of the Pelennor Fields
“Arise, Arise, Riders of Théoden!” Once again, Théoden hits us with a stirring speech. With this scene, Peter Jackson proved that he is the master of battle scene’s build-ups. The timing and the pace establishing the power of a fight scene is essential. Speeches are always part of these crucial scenes, especially because they are made in order to give courage to the men know they will probably die. Shore’s music is also a decisive part of the immensity of a scene like this one. As Théoden encourages his riders, the theme of the Rohan is played in the background, as thousands of riders are screaming for death. They keep charging even if the enemy is shooting at them. They won’t stop. They’re powerful. Death is a small price to pay for them when they know what’s at stake during this battle.

Aragorn’s Speech at the Black Gate
‘’I bid you stand, Men of the West!’’. Yes, the King has returned. Aragorn also has his jaw-dropping speech moment. The battle at the Black Gate is decisive. Aragorn and his friends think that Frodo and Sam are dead. They are now only a few hundreds against thousands of enemies, literally circling them. Finally, a deep silence hit our screens, as Aragorn takes a few steps forward, facing the Eye of Sauron. He turns around, looks at his friends with tears in his eyes: ‘’For Frodo’’ he says (‘’For Frodo AND Sam’’ would have been great, but Aragorn is about to die, so we can forgive him). There is another element to be greatly appreciated in this scene: After Aragorn starts running towards the enemy, Pippin and Merry are the first to follow him. Once again, this moment proves the courage of hobbits. They are now fighting for their friends, Frodo and Sam, whom they have known their whole life.