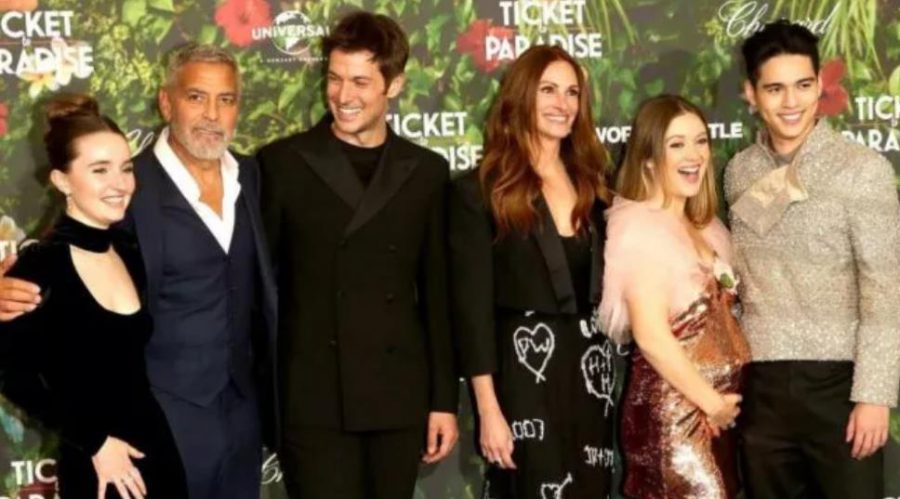 Maxime Bouttier attends the Ticket to Paradise premiere gala held on Thursday (8/9/2022) in London. He who co-starred in the film did not miss posing with the main players such as Julia Roberts and George Clooney.

If this is a portrait of Maxime Bouttier with the Ticket to Paradise players. When taking a photo together, Maxime who is standing in the far right corner standing next to Billie Lourd does not hesitate to show off a bright smile.

While attending this Gala Premiere, Maxime Bouttier also wore black shoes from Indonesia, which was founded in 1982, namely Mario Minardi. He is assisted by Wanda Hara who is one of the fashion stylists in Indonesia. The top worn by Maxime was designed by an Indonesian designer from Solo, Sapto Djojokartiko.

Maxime Bouttier also uploaded a photo of himself with the background writing Ticket to Paradise while attending the gala premiere on his personal Instagram account on Friday (9/9/2022). “Ticket to Paradise Premiere,” wrote Prilly Latuconsina’s former lover briefly in the caption section.

Ticket to Paradise stars George Clooney and Julia Roberts as ex-partners David and Georgia. The two put aside their differences to try to stop their daughter Lily from making the same mistake they were believed to have made 25 years earlier.

While on a post-graduation trip to Bali, Lily (Kaitlyn Dever) falls in love and plans to marry local seaweed farmer Gede (Maxime Bouttier). David and Georgie fly to the island of Bali determined to stop Lily and Gede’s marriage.