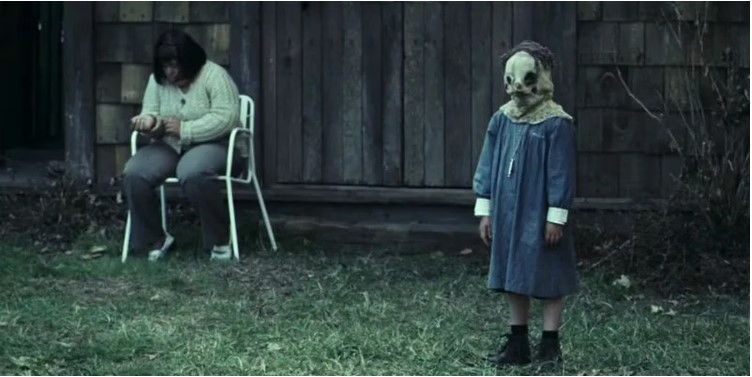 In 2020, Bong Joon-Ho’s Korean Masterpiece Parasite made history by winning the Oscar for Best Picture and Best Original Screenplay, shining a spotlight on what horror fans everywhere already knew – that foreign horror is something special.

From J-Horror to New French Extremity, it seems that horror from outside the western world has a unique way of not only terrifying audiences but also ingraining it in our brains so deeply that no American blockbuster ever quite hits as hard.

‘Ringu’ (1998)
Based on the original 1991 novel by Koji Suzuki, Ringu follows journalist Reiko Asakawa (Nanako Matsushima) as she mourns the death of her niece. When she discovers that three of her niece’s friends also passed away on the same night, she investigates further and is led to a mysterious videotape. Soon she believes she has been afflicted with the same curse that killed her niece. Reiko must decrypt the messages in the tape to find their origin, and save her life.

Possibly one of the most famous foreign horrors of all time with around 13 different sequels, adaptations, and spin-offs, Hideo Nakata’s Ringu is a film that builds an unnerving dread throughout, making you feel the true fear of something evil lurking beneath.

‘REC’ (2007)
News reporter Angela (Manuela Velasco) and her cameraman Pablo (Pablo Rosso) are following a local fire service in Barcelona’s they attend a call to an old woman who is trapped in her apartment complex. What starts as a seemingly innocuous incident rapidly escalates when the woman becomes aggressive and attacks one of the officers. Before they know it, Angela, Pablo, and the building residents are quarantined inside with no information and sickness that is spreading rapidly and turning people to mindless killers.

In the 00s when found-footage was the biggest horror sub-genre next to slasher remakes, REC really stands out above the rest with its nauseatingly shaky camera shots and relentless violence.

‘El Orfanato’ / ‘The Orphanage’ (2007)
When Laura Garcia Rodriguez (Belen Rueda) returns to the orphanage she grew up in with her husband and her adopted son Simon (Roger Princep), she has big plans to reopen the building as a facility for disabled children. Simon one day tells Laura that he has made a friend – a boy named Tomas (Oscar Casas) who wears a mask made from a sackcloth.

After an argument that results in a shocking confession, Simon goes missing and Laura must look to her own childhood and figures from her past to get him back and figure out the true identity of his seemingly imaginary friend. El Orfanato is a haunting tale that explores the trauma of motherhood, and mistakes made that can never be taken back

‘Martyrs’ (2008)
Part of the New French Extremity movement, Martyrs is a grueling psychological thriller that follows Lucie (Mylene Jampanoi) and Anna (Morjana Alaoui), two girls who met in an orphanage as children. Lucie ended up in the orphanage after escaping a family who kept her imprisoned and tortured her for over a year. Fifteen years later, Lucie takes revenge on the family she believes responsible, much to the horror of Anna.

As Anna tries to help Lucie, she begins to discover the truth behind what happened all those years ago and is soon thrown into a living nightmare beyond anyone’s imagination. Martyrs is not a film for those with a weak stomach – in fact, it’s the perfect film that you will probably never watch again.

‘Let The Right One In’ (2008)
12-year-old Oskar (Kare Hedebrant) is a regular target for bullies at school, which leads him to spend his free time imagining the ways he might someday get revenge. When he meets his new neighbor Eli (Lina Leandersson), a young girl his age, Oskar finally has a friend who encourages him to stand up for himself. Eli has a secret though, and what seems like a harmless fantasy to Oskar might be more like a violent necessity to Eli.

Despite being a story about friendship at the heart of it, this Swedish horror is as cold, brutal, and disturbing as it is beautiful

‘The Wailing‘ 2016
The Wailing starts off with a trope we have seen many times before – a policeman, Jong-goo (Kwak Do-won), is investigating a series of mysterious deaths in his small village that appear to have been caused by the arrival of a stranger. It appears that the stranger had an infection that causes people to become violent, and there are even reports of people being spotted eating raw meat.

This is not what you’re thinking though, The Wailing is no typical movie about zombie-like killers that you can predict right from the beginning. As the film escalates, and the bodies pile up, the horror seeps its way closer to Jong-goo and the dread is palpable. By the time the catastrophic final act hits, it’s hard to think of a better foreign horror film this decade.

‘Speak No Evil’ 2022
This Danish thriller from Christian Tafdrup follows a family of three – Bjorn (Morten Burian), Louise (Sisdel Siem Koch), and their young daughter Agnes (Liva Forsberg) – as they vacation in Tuscany. There, they meet another family of three – Patrick (Fedja van Huet), Karin (Karina Smulders), and their young son Abel (Marius Damslev) – and immediately hit it off. When Patrick invites Bjorn and his family to go and stay with them in their remote house in the Netherlands a few weeks later, what could possibly go wrong?

Shudder exclusive Speak No Evil had the Twitter-verse abuzz following its release in September, with viewers calling it disturbing, heart-breaking, and outright enraging. It is a perfect exploration of how, as civilized humans, we are trained to excuse particular behavior out of politeness and write it off as a difference of cultures. But how far is too far? And when does calling out your host go from being simply awkward to potentially lifesaving?

‘Parasite’ (2019)
The Oscar-winning Parasite follows two families, the Kims and the Parks. The Kim family are in low-paying jobs and living in a basement apartment, whilst the Park family is extremely wealthy and lives in a beautiful modern home. In a bid to earn more money, the Kim family scheme to each get a job working for the Parks – father Ki-taek (Song Kang-ho) as a chauffeur, mother Chung-sook (Jang Hye-jin) as the housekeeper, daughter Ki-jung (Park So-dam) as an art teacher for the Park’s young son, and son Ki-woo (Choi Woo-sik) as an English tutor for their daughter.

What seems like a dream come true though soon becomes a living nightmare of darkly hilarious circumstances. When the Parks go on holiday, the Kims enjoy the luxuries of their home, treating it as their own. When the Parks return unexpectedly, the Kims must hide, but in doing so they stumble across a dark hidden secret.

‘Baskin’ (2015)
When five police officers respond to an urgent call in a local village, they find themselves inadvertently thrown into the closest situation to hell on earth. Despite being warned not to, they enter an abandoned building to find catatonic victims submitting themselves to extreme violence, as well as all manner of horrific visions. Soon, they are fighting for their lives and their sanity.

Turkey may not be the place that most people think of when they think of foreign horror, but Baskin is a truly surreal exception to the rule.

‘Irreversible’ (2002)
Shot in reverse order, Gaspar Noé’s Irreversible follows a plot for revenge by friends Marcus (Vincent Cassel) and Pierre (Albert Dupontel) for the brutal assault and murder of the woman they love – Alex (Monica Bellucci). The film opens with the two of them entering a nightclub and viciously attacking the man they believe to be responsible. However, as the film plays out, heart-breaking truths are revealed.

A second entry in our list from the New French Extremity movement, Irreversible is a one-of-a-kind film that is beautifully written and visually stunning, despite its disturbing content.